Showing posts from March, 2016
Show All

Discussion 2 of 3: No spooky action at a distance - a theory of reward 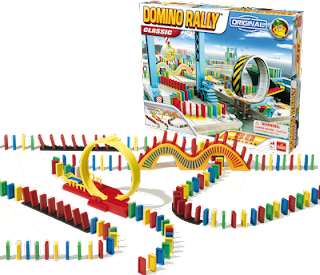 Part 2 in a short series of posts. Part 1 and part 3 are also available. One of the most powerful ideas in physics is the principle of locality. This principle insists that objects can only be influenced by other objects that touch them. Two items separated by a distance cannot directly exert any force or influence on each other, but must communicate via some medium which physically transmits the force from one to the other. Albert Einstein described this principle as "no spooky action at a distance" and it applies to his theory of gravity as well as all the other physical forces (it gets more complicated when we consider quantum mechanics, but that would take a whole other article). The Scottish physicist James Maxwell also used it in developing his theory of electromagnetism. Instead of the magnets directly pushing or pulling each other, each magnet creates an electromagnetic field, and sends out the field into the world around it, transmitted by light waves. When
4 comments
Read more
More posts