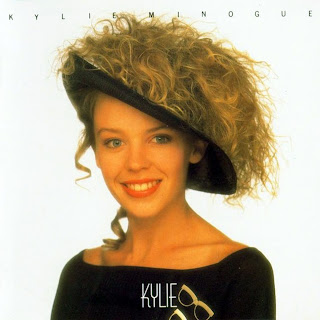 The first time you heard them they were quite fun, memorable even. But then they got more airplay. And more. And more. Radio stations figured out that the sugary, bubbly popness of the tunes would cut through a lot of background noise and get your attention, so they played them again and again. Soon we had Got To Be Certain, and Je Ne Sais Pas Pourquoi, which were exactly the same as the first two songs. Then a "strategic inter-agency collaboration" with Jason Donovan on Especially For You. (Jason looks a bit less lifelike in this alternative version).
After a short interlude in late 1989, another number 1 with Tears On My Pillow, which was meant to be more sophisticated but was equally artificial, overproduced and in fact just the same old song as I Should Be So Lucky. By this time anyone who wasn't a 13-year-old girl was thoroughly sick of Miss Minogue, who wasn't even on Neighbours any more. Interest and record sales rapidly declined, and thankfully Nirvana showed up to distract us. 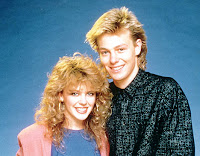 On a completely unrelated subject, do you remember those talks about behavioural economics that infected the market research industry in 2009? Someone had read Nudge, and someone else got a copy of Predictably Irrational. It's quite easy to write a behavioural economics talk - you just claim that everyone else in the world thinks people are irrational, but you have spotted (with the help of Daniel Kahneman perhaps) that they're not. Read out a list of cognitive biases - anchoring, hyperbolic discounting, social norms. Show some slides with illustrated examples of each bias. If you're brave, test one of them on your audience and hope they haven't yet been to enough identical talks to see through your ultimatum game or your auction. I am just as guilty of this as anyone else.

As straightforward as this formula is, it's no surprise that throughout 2010 and 2011 you've had the opportunity to attend perhaps twenty workshops, panel discussions and seminars every year containing exactly the same content. Every Market Research Society conference since 2009 has had a behavioural economics session. Every agency has sent one director and two junior researchers to a training course. Every agency at the top of the GRIT rankings has a behavioural economics link on its website or its case study at ESOMAR.
(Don't get me started on fecking neuromarketing.)
The backlash was smooth, professional and equally predictable. "But isn't behavioural economics just what good marketers have been doing all along? This theory is all very well, but how do we use it? Cognitive biases are all very well in the lab, but how do you know the results apply to consumers in the real world? Anyway, it's all just a fad."
Put any three market researchers in a pub and mention behavioural economics, and I guarantee the conversation will proceed swiftly along the above lines.
But wait one second.
It's 2000. Kylie hasn't had a number 1 single for ten years, or even a top ten hit since 1994. She's a joke. She's been dropped by her record label. There isn't even a nostalgia industry around her yet. In fact, Nicole Kidman's the only Australian we recognise now. 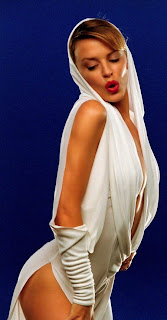 Paula Abdul writes a song but decides not to record it. It is hawked around the industry and eventually gets passed on to Kylie.
Spinning Around is a worldwide hit, number 1 in the UK and Australia, and revolutionises Kylie's career. The theme of the song reflects Kylie's own transition: she's grown up. No more novelty singles or soap opera posing. She's sexy now.
Behavioural economics is ready to grow up too. Enough with the cognitive biases, the party tricks. The field is actually based on much deeper psychological research into judgement and decision-making, cognitive theory and information processing. It's time to abandon the false tension between "rationality" and "irrationality". Our minds process information and choose actions in a way that is locally rational. But when viewed globally, these choices show that there are conflicts between the different interests and needs that a single human being has.
Behavioural economics, and the cognitive theories that underpin it, gives us insight into how people interpret the world, what people want, and the actions people take in response. It invalidates traditional methods of market research and marketing cliches - but only once it is taken seriously. It tosses out the basis of conventional economics, consumer preferences - and the very notion that we make "decisions" between "products".
There is a proper, integrated theory here, based on the idea that people adapt to a basic level of satisfaction, and act to restore it when it is disturbed. They rely on efficient but imperfect memory to retrieve a variety of strategies to restore that homeostatic equilibrium, and only when those strategies lead them towards product acquisition do they apply something a little bit like a standard consumer choice process - but one constrained by the brain's information processing limits. Experimental psychologists can help you design experiments to measure each of these stages, and you can design interventions to change the behavioura of the average consumer at each point. 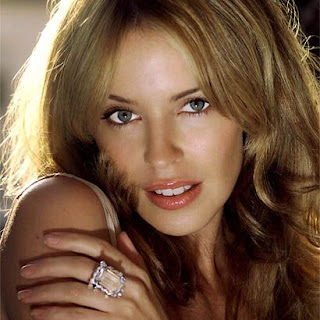 Yet we only have access to these insights once we stop playing at party tricks; stop pretending that people are really rational except when we pull the wool over their eyes with a clever heuristic. Only when we use a well-founded model of cognition and design our research methods to uncover its parameters, will we be able to predict, and more importantly influence, what consumers do.
Behavioural economics has a new record company, and it's about ready for its serious phase. Time to reinvent it. That complex, but scientifically measurable, cognitive model is what runs your mind, and you can't get it out of your head.
#mrs2012 #mrx behavioral economics behavioural economics Kylie Minogue market research

Unlearningecon said…
This is a very good post, although I feel that Nudge has sort of done this, by developing a theory of decision making from the ground up.

I agree with her about thinking in terms of 'rational' versus 'irrational' behaviour, and the general approach economists have to 'deviations' from their definition of rationality (which actually means prophetic, not rational).
21 March 2012 at 17:12

Anonymous said…
Behavioral Econ. is in many respects Political Economy being resurrected after a close call with mathematical death.Now Psychology and neuro science have better evidence about human behavior and its cause than Behaviorism ever had.Also quantum uncertainty and formal complexity theory have trashed the basic Newtonian model of all seeing and knowing causality.
28 March 2012 at 02:03

That said, hopefully some of the more interesting work will start hitting the mainstream.
7 June 2012 at 11:55

Anonymous said…
This is like reading Richard Rorty on acid. Really, really fun and a bit confusing. Keep up the good, weird work!
2 August 2012 at 21:48

Happenings said…
Hi! my friend and I decided to set up our own economics blog trying to promote current affairs to the younger generation, and phrase it in a light which seems more understandable and interesting to engage in! We would really appreciate it if you could take the time to check out our blog http://knowthehappenings.blogspot.co.uk/ and promote it! Thanks :D
Happenings
28 February 2013 at 01:12

Rigour? In a blog?

January 11, 2009
Brad DeLong has an impressively clear (although, or perhaps because, a bit technical) piece on risk appetite and fundamental values of assets . I feel I should respond to it, but it's such a tour de force of clear and explicit assumptions, rigorous logic and thunderous conclusions that I feel I barely can. I particularly loved this statement for pure bloody-minded literalism (that's a good thing, by the way): The fundamental values of asset prices are the money-metric values that the costate variables associated with the commodities would have in some reasonable utilitarian central-planning social-welfare-maximization exercise under reasonable utilitarian preferences. However, here is what comes to mind: Given that asset prices rarely approach the values Brad ascribes to them, could this be because there is competition for the limited amount of savings capital available in the world? If I, as a productively investing business, want to get access to some of it, I probably need
Read more